Celebrate Christmas in July With Some Haiku Reviews

Just in time of Christmas in July (which I know you all celebrate because decorating a palm tree is awesome), I’ve decided to offer a few haiku reviews in case you’re looking for entertainment during your next vacation. I’m covering all age groups here, all reading levels, and even a movie. 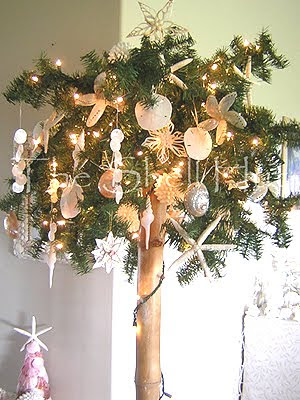 So without further ado…

THE HELP, Katheryn Stockett
Jackson is racist?
No way! But three maids see all
with great points of view.

So enjoy! Now go out and buy books! Lots and lots of books!

POP CULTURE RANT: Eclipse
So I wasn’t kidding about Bella’s thinking making more sense in this movie. She even makes more sense than her character did in the book. Now just to warn you, but….

My favorite part of the movie was the end where Bella explains to Edward that it was never a choice between him or Jacob, it was choice between her being the “Bella she should be” and the “Bella she is.” The DH turned to me after that scene and said, “I think that speech was the best part of the movie.” I said, “It wasn’t in the book.” And really, it should have been. That one monologue summed up the entire point of the series in a few sentences. So kudos to the screenwriter, Melissa Rosenberg! (And kudos to her for taking out those obnoxious crying scenes at the end of the novel.)