Coming Out of the Closet, Or Should I Say Diaper Genie

So there’s something I’ve been keeping under wraps for, oh say about nine months now. I just wasn’t ready to announce it to the blogosphere, but I’ve hit the point where there’s a part of my brain constantly thinking about it, so I have to say something or I’m going to explode (which I’m scheduled to do in about 3 weeks anyway). Yup, I’m preggers.

I’m officially due at the end of the month. This is my first. And it’s a girl. 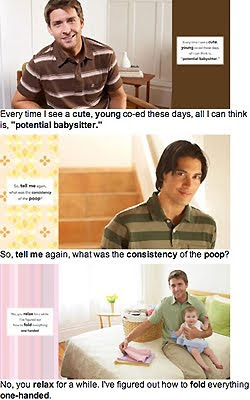 So while I searched for a new agent, revised two books, and prepared for a new submission, I also had a little one kicking me and a nursery to decorate and clothes to wash in special detergent and bottles to sterilize and baby books to read.

I think I’ve taken nesting to a new level. Ever since we took that labor and delivery class at the hospital (yes, the one where they show that video), I’ve been on super pregnant mode. To quote my husband, “This sh!t just got real.”

We’ve done everything from put up bead board to paint the bathroom. Even the diapers are unpacked and the hospital bag is ready.

All the while, I’m trying to complete the edits to my WIP in time to send out a submission before anyone even thinks of contracting. It’s like a game of beat the clock, only the clock kicks you every time you think you’re onto a great revision idea. And it’s getting more uncomfortable to sit in my desk chair.

So if I suddenly disappear in a few weeks and you don’t hear from me, you know where I’ll be—knee deep in a Diaper Genie. But don’t worry I’ll post a picture of the little one, and I’m sure she’ll be decked out in pink.

POP CULTURE RANT: Grey’s Anatomy
You know what you shouldn’t watch when you’re nine months pregnant? A show where a pregnant lady goes through a windshield and they all sing about it. Then they deliver her 24-week-old baby while she’s in a coma. Yeah, that episode was a mistake. I’m still emotionally recovering. What was I thinking? I knew the minute Cali took off her seatbelt that something was going to go wrong, but I just couldn’t turn away. Glutton for punishment.