Curl Up With A Nice Banned Book

It’s that time of year again—Banned Books Week. And what better way to celebrate the narrow-mindedness of others than by picking up one of the most banned books of the year and giving a read. Call it our book nerd way of sticking it to the man. 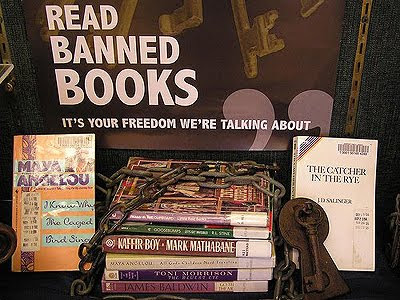 So, what are were the most banned books of 2009? Glad you asked, here’s the list according to the American Library Association.

I have to say, of this list, my favorite is banning Twilight for being “sexually explicit.” Seriously? I would love that book banner to send me the page I must have missed where Bella and Edward got down and dirty. ‘Cause I’d love to read it. All my books have is a bunch of “dazzling” images of Edward’s face and some dizzying kisses. Oooooo, kinky.

And of course, there’s the infamous gay penguin controversy of And Tango Makes Three, which I think couldn’t possibly be summed up better than by the author himself:

“We wrote the book to help parents teach children about same-sex parent families. It’s no more an argument in favor of human gay relationships than it is a call for children to swallow their fish whole or sleep on rocks.”

So as an author who can only hope to one day have her books banned with such prestigious company, I encourage you all to head to local library and check out one of the 2009’s Most Taboo. You can even read it under the covers with a flashflight just to feel extra sneaky. 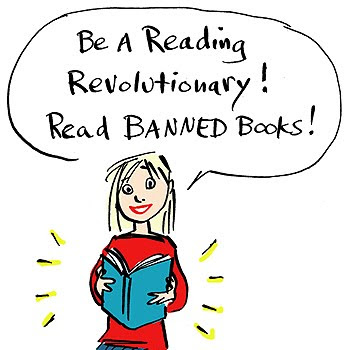 POP CULTURE RANT: Thursday Nights
Why does every network insist on putting all its best shows on Thursdays? Is this some misguided effort to reclaim the good ‘ole days of the Seinfeld-fueled line up of Must See TV? Because it seems whether it’s Project Runway, Vampire Diaries, Big Bang Theory, or The Office, it’s all on Thursday night. My DVR can only do so much. Spread it around, networks, will you?