B!tch, Please! The Feminist List Heard Through the Blogosphere

So a few days ago, a very popular feminist magazine, Bitch: Feminist Response to Pop Culture, put together a list of 100 Young Adult Books for the Feminist Reader on its website. It’s got everything from Judy Blume to Laurie Halse Anderson and was originally heralded by many commenters as a tremendous resource for teens. Then, the crapstorm hit. 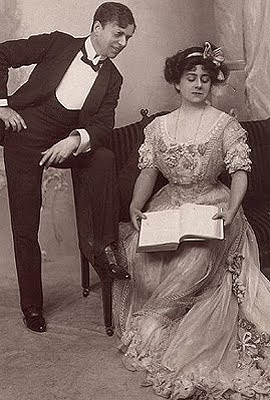 I won’t get into all the details, because it’s a lengthy debate involving nearly 200 comments. In a nutshell, after a couple of people (and by that I mean one or two loud folks) complained about the inclusion of certain books they didn’t believe deserved to be on the list, Bitch Media caved and pulled three titles from the list. (Here are some great CliffsNotes versions of the controversy, if you’d like a better explanation: Chasing Ray and Smart Bitches, Trashy Books.)

What really struck me about this entire debate is that one of the books, Sisters Red by Jackson Pearce, was yanked because of a single passage in the book that looked like it couldn’t have been more than a page long.

Full disclosure: I have not read this book. What I’m responding to here is the idea that an entire book can be judged based on a couple of paragraphs. As an author, I find this appalling.

Now, I did read the passage in question. It’s a whopping 500 words. (You can read it here on Glen Akin’s blog.)

Given all the hype, I expected these excerpts to be pretty damning. An entire book was deemed unfit for feminist consumption because of 500 words, so those must be some soul-cringing, close-your-eyes, OMG!, she-said-what???, 500 words.

My reaction? I don’t get it.

I actually had to read the offended blogger’s entire explanation to understand what was so abhorrent in their interpretation. And there in lies the rub. People were offended by one possible interpretation of what was written—in this case, claiming that the passage encourages “rape culture” by “blaming the victim” for wearing revealing clothes that attract negative attention and therefore violence. 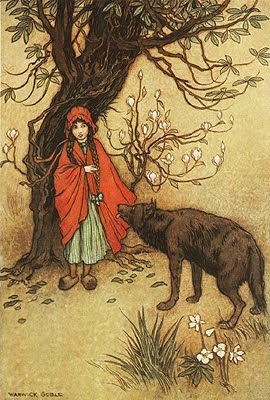 Here’s the thing: Sisters Red is not about rape. The selected passage is not about rape. The book is a retelling of Little Red Riding Hood where two sisters in red capes are hunting werewolves; and in this mythology, werewolves are attracted to pretty girls in pretty clothes. One of the Red-Riding-Werewolf-Hunting-Sisters is permanently disfigured from a previous werewolf attack, thus clouding her view of the world and pretty girls in general.

I read the objectionable passage cold, without knowing much about the book or its character, and came to this interpretation: Wow, this werewolf hunter girl is really bitter. Talk about a jealous streak. Ouch.

Don’t get me wrong, some of this character’s internal monologue is dark, but even she backtracks from her initial thought of, “I should let the Fenris [werewolf] have you,” to thinking in the next sentence, “No, I didn’t mean that.”

But to take a character’s one-page worth of negative thoughts about werewolf hunting and interpret them to be about rape, then use those 500 words as a reason to deem an entire book as unworthy of feminist readers is just plain wrong. I could only imagine how some of my characters’ thoughts would be interpreted if picked apart sentence-by-sentence out of context. I doubt many books would stand up to such scrutiny.

And I’m sure this type of scrutiny goes on in public libraries and school districts across the country when books are brought up to be banned. But I would never expect to see such a debate, or such a quick yanking of a title, from a website that calls itself Bitch Media.