I had an event over the weekend at Taller Puertorriqueno, a nonprofit community center and bookstore in north Philadelphia that celebrates Latino artists and authors. Lots of friends, family, and fans showed up and asked some wonderful questions, so I thought I’d give a recap of some of my (paraphrased) answers. 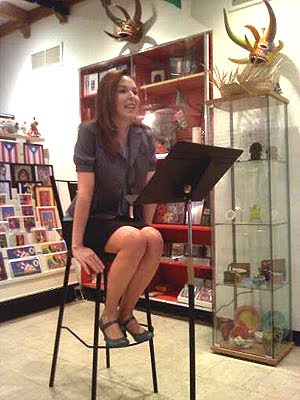 I am currently working on two books. The first book is my White Whale, otherwise known as my “middle school book.” I’d tell you it’s almost done (because I’m near the end), but given that I’ve thought that numerous times over the past five years, it would probably be a lie. But I am almost done this version. That counts for something, right? The second book is the prequel to the spy novel that I love with all of my heart. “Anastasia” will see the light of day even if it’s published posthumously like Confederacy of Dunces (only without the suicide part).

2. What was my favorite character to write in the Amor series?

Vince, hands down. I love writing the bad or mischievous characters—way more fun. Same is true for my “middle school book;” my favorite character is Allie, a quietly devious girl who’s pulling all the strings.

3. What are my tricks to writing dialogue?

First, it helps that I still speak like a teenager. If I were a serious academic, I doubt I’d find it as easy to write, “Seriously? Shut. Up.” Also, I read all of my dialogue aloud without any of the tags (“…said Tina”) or paragraphs in between. Just read the conversation as it would be spoken and see if you think anyone would respond the way you have your characters responding.

4. How do I find the motivation to finish a novel?

Truth is, it has to be in you, folks. You can’t teach motivation. The only way you’re ever going to finish that novel in your head is if you sit in front of your computer and do it. Don’t worry about making it perfect. Don’t keep going back to the beginning of the manuscript and reading from there before you start writing for the day. Just WRITE. You can edit for months (years) afterward.

5. Did my journalism background provide me with connections to get an agent?

No. It did not. I queried cold just like everyone else. But I do think working for a daily website taught me how to write lots of copy very quickly. And I’m also a firm believer that getting paid to write all day, everyday is only going to improve your writing—whether you’re reporting on hotel rooms or homicides. So don’t snub your nose at that trade magazine job, but don’t expect it to introduce you to the president of HarperCollins either.

POP CULTURE RANT: Flyers
Okay, I’ll admit it, I utterly ignored their entire hockey season. I was actually under the (somewhat correct) assumption that the team was not meeting fans’ expectations. Then, they surprisingly made the playoffs. Then, they made it through the first round. Then, they came back from an 0-3 deficit against the Bruins to win four straight and make it to the Eastern Conference finals. Holy crap. It’s like Rocky on ice. So as a Philadelphian, I have jumped on the zamboni bandwagon and even watched a retrospective of the “Broad Street Bullies” on HBO. Let’s Go Flyers! And don’t worry, the miniature William Penn my sister-in-law got me for Christmas is displayed in the highest point in my house. Anything that helps. 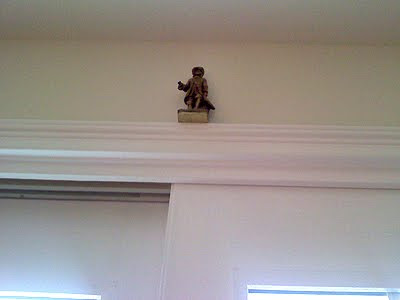