So this is something I’ve been keeping under wraps for awhile. Around the holidays, I decided to end my five-year working relationship with my former agent. It was a difficult decision and something I had been considering for a long time now. (Hint: That’s your first clue. If you start repeatedly thinking you might need a new agent, you probably do.) 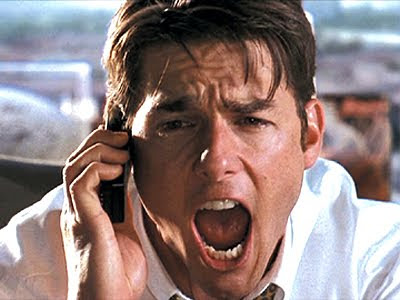 I won’t go into all the details, because I still consider my former agent a friend, but ultimately it just wasn’t working out and we both knew it. So I decided to make the scary leap into the query pool—write a book unagented and go out and find myself a new Jerry Maguire.

Thankfully, I already had complete drafts of two full manuscripts that I was hoping to publish. So I shined them up and took a gamble as to which book might be better to go out into the great beyond. (I’m actually still debating this decision, because I love them both. It’s like Sophie’s Choice.)

Here’s what I found, once you’ve been published, querying is a whole different world. It’s kinda like this Cuba Gooding Jr. quote from Jerry Maguire—no, not “Show me the money!” But his quote about single mother’s, “They have been to the circus, you know what I’m saying? They have been to the puppet show and they have seen the strings.” 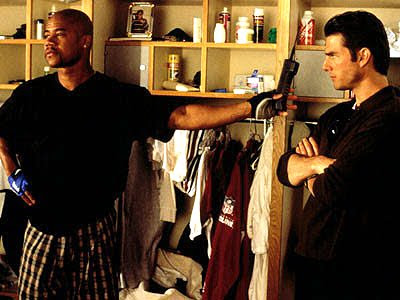 That’s how I felt about finding an agent this time around. I had already been behind the scenes at the circus, and I knew what I was looking for. Exactly. So I made a whopping list of five agents to query. Yup, five.

How did I choose these five, you ask? Simple.

First, I looked to authors who I already had relationships with (mostly via blogs and Twitter) and whose published works I thought had a voice similar to my own. Then I looked at their agents—all of them were very well respected. I contacted these author friends and, as politely as I could, asked for referrals. Trust me, I phrased this email in the most non-committal, no-pressure, you-don’t-have-to-do-this-if-you-don’t-want-to-way I could. Thankfully, because YA authors are awesome, everyone agreed.

I should add that by “referral,” I don’t mean I asked them to read my book and make some grand plea on my behalf. I merely asked if they would mention to their agent that they knew me and that I would be sending over an e-query soon, this way I wouldn’t end up in slush. There were no promises in blood. And all of these authors were very sweet to agree to do this. (Thank you! Thank you! Thank you!)

I also looked to agents who I had previous working relationships with. One, I knew as an author (she’s an agent-author-blogger-tweeter extraordinaire). Another had previously worked with my former agent. And one worked at the agency I used to be represented by before my former agent struck out on her own. (Though I still sought out an author referral to this agent too, just for an added edge).

I also queried one agent cold.

Out of the five agents I contacted, I received five requests for full manuscripts (even from the cold query). Yay! The system worked.

After that, I received one rejection pretty quick. Boo. Then, I received an email from one agent saying she liked my writing a lot, was on the fence about the manuscript I submitted, and wanted to know if I had anything else I could send over. I did. Off went manuscript No. 2. A third agent said she read the entire manuscript (which was rare for her these days), but was still not 100% sold so she passed, but welcomed me to submit another book at some point in the future.

The “third” agent said she LOVE IT and made an offer. YAY!

I contacted the agents who still had my material and had not yet responded. A couple offered to work with me on Book No. 2, which they liked better than Book No. 1. But ultimately, I decided to go with the firm who had taken the time to have three agents read my book and who loved both books equally. My goal is to publish both, so it seemed like a natural decision.

Plus, the “third” agent and I really hit it off on the phone. I liked her personality, her quick responses to communications, and her notes on my manuscripts. She really seemed to “get” my work in a way I felt some of the other agents didn’t. And regardless of which book we submit first, I feel confident she’d passionately represent both.

Melissa Jeglinski of the Knight Agency! I’m so thrilled to be working with her! I just officially accepted her offer today and I’m beyond excited to start my weekend off with such great news. I can’t wait to dive into things with her next week.

Now, if you’re keeping score at home, all-in-all, I queried five agents (which ended up being seven when you count the two referrals) and I started the process around Thanksgiving—initially contacting my author friends—and ended up with an offer around Valentine’s day. I seem to be having good luck with major holidays, so here’s hoping I get some more good news by Memorial Day!

POP CULTURE RANT: General Hospital
Thank goodness it’s sweeps, because if this Balkan storyline doesn’t end soon I’m going to end up ripping my hair out and looking like Theo Hoffman. Explain to me how the writers of this soap could manage to drag this out so long, yet Sonny and Brenda go from “we’re toxic for each other” to “let’s get married” within a day. I think somebody over there needs to take a creative writing class on pacing. And don’t even get me started on the fact that they fired Rebecca Herbst (Liz). I’m a Sam fan, and even I find this shocking and offensive given the 15 years the actress has put into the show. I hope she gets an awesome new gig soon!

2 comments on “Insider’s Guide To Finding a New Agent”