Okay Kids, the Moral Of This Novel Is…

So YA author Shannon Hale posted a blog questioning whether authors who write for teens are expected to lace their stories with a bunch of moral lessons. A few other YA authors weighed in on the subject, and I’m taking the opportunity now to say that I think the idea of expecting an after-school special from a teen novel is absolutely bogus. But that doesn’t mean the morals aren’t there. 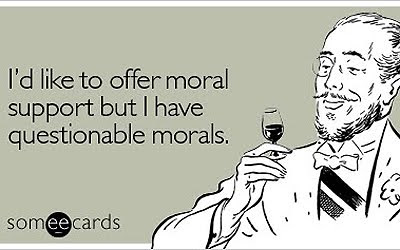 You see, when you write, you’re writing from your own view of the world. And even if you try to bust out of your zone and write about a super spy who kicks butt and takes names (I have a WIP like that), it doesn’t mean that spy still isn’t inadvertently given some of the author’s own morals and values.

For example, back when everyone was dissecting the Twilight books (not the movies), one of the debates that reigned supreme was whether Stephenie Meyer was pushing her Mormon values onto her characters (no sex before marriage, etc.) and thus onto her readers. And the truth is, she probably was, but she probably didn’t mean it.

She was raised Mormon, she’s still practicing, it’s a big part of her life, and how she sees the world. So I’d imagine some of the morals she feels strongly about are going to leak onto the page.

I can’t blame her for that because it happened to me too. 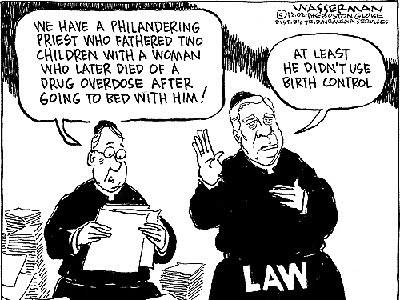 After I first read the Twilight debate, I looked back on my own work and realized that Mariana, the main character of my Amor and Summer Secrets series, comes from a church-going Catholic family. There’s a Quinceanera in a church, and there’s controversy over a wedding not being in a church.

My work-in-progress, Four Days Left of Normal, has a main character, Deirdre, who lost her mom when she was sixth grade, and since then her father has stopped going to church while her grandmother still forces her to go on Easter. In a spy-oriented WIP, Anastasia Phoenix, there are (sadly) several funerals, one specifically held in a Catholic church, while there’s another critical scene held later on during a Catholic mass in a cathedral in Rome.

My point is, I was raised Catholic. And while my characters aren’t going around spewing gospels or adhering to the Ten Commandments, they did inadvertently get a little of my upbringing rubbed off on them.

But they didn’t get a bunch of moral lessons. In fact, I gave a workshop at a Catholic school that complained about Mariana drinking alcohol in the first novel. (Really?) So even with all those references to churches, I still couldn’t make the Catholics happy. I guess my morals only go so far.

So in the end, teen novels are going to have drinking, and sex, and drugs, and lots of other things that many parents probably forget they did at that age, but that authors thankfully haven’t. It doesn’t mean we’re amoral, it just means we’re writing about the teen experience the way we see it. So you’re gonna have to take the good morals with the bad.

POP CULTURE RANT: Borders.com
Okay, Borders, I used your coupon, I pre-ordered my copy of Mockingjay using your massive website, and you don’t have the courtesy to send it to me the day it’s released? What, you’re too busy trying to avoid bankruptcy and losing top personnel to remember to mail the books out? See, this is why brick-and-mortar stores are going survive. Mockingjay, the third in the Hunger Games trilogy, has been out for two days now and still, I wait for the mailman. #internetshoppingfail