Where Are The Polar Bears? My Take on the LOST Finale

I hated to see this “good book” come to an end. I’m sure we all did. But as a writer, I did not envy the LOST creators who faced the monumental task of wrapping this epic phenomenon in a way that would satisfy those who were dedicated the character’s (love) stories and those who were gripped by the island mysteries. But, they done good, folks.

While I am in no way a Ph.D. on the series capable of analyzing every reference and allusion presented (for that please, please read the mind-boggling informative posts of Entertainment Weekly’s Doc Jensen), I would like to give you all my opinion from the writerly perspective.

It goes without saying here, but….SPOILER ALERT. I will be discussing the ending in detail, so stop reading if the show is still sitting in your DVR queue . 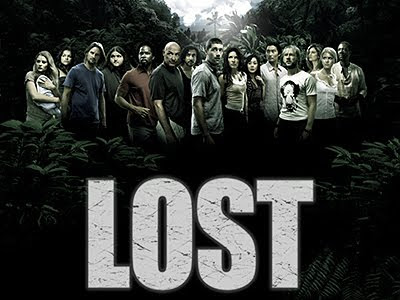 That said, this is my theory on what I think happened in the last twenty minutes. I’d like to get this out of the way so I can tell you my impressions of it from a writer’s standpoint:

Everything that happened on the island really happened, in the real world. Jack died on the island after plugging up the evil cork. Kate, Sawyer, Claire, Miles, et. all flew off the island safely and went on to live lives back in the real world. I think Sawyer and Miles must have remained close in their “post island lives” because their “purgatory/sideways” selves were partners in the police force. Same with Kate and Claire—they must have stayed close, raising Aaron together, because their purgatory selves were also bonded. I believe this purgatory was created when Juliet detonated the hydrogen bomb, that is why her ghost said, “It worked.” And as the Losties died—either on the island or post island—they went to this purgatory reality until the entire “crew” was assembled (ie. dead).

I’m guessing Hurley and Ben were the last to “arrive” because they were the new Jacob and Richard, thus immortal. And Hurley said to Ben, “You were a great No. 2,” implying they spent some time together that we didn’t see. Given that Season Six opened with an image of the island under water, I think another battle must have occurred at some later date that did sink the island and kill Hurley. Once he arrived, they could all move on to “heaven” together.
There, that is my interpretation.

Now here is my writerly reaction:

1. The LES MIS ending. Obviously, the creator’s made a brave choice by having a full cast of dead people in the finale. But kudos to them for managing to keep it uplifting. I think it was a wise choice to show them all so happy and smiley in the final church scene.

2. Montages. Viewers expect to see favorite season moments in a finale, and I think the writers were unbelievably clever by giving us the “Island Enlightenments.” It satisfied that itch, and really provided the heart of the finale, without going into a total montage “Time of My Life” cheese-fest.

3. Cheap shot. Vincent was in Jack’s death scene? As if we weren’t upset enough, they added a yellow lab? Really? Why not a baby polar bear? Or a Dharma bunny? But… at least Jack didn’t die alone.

4. Inconsistencies. I find it odd that Desmond and Penny were the only non-Oceanic plane crash survivors going to heaven with the group. Not that they weren’t essential characters, but why were they the only ones? It seemed a bit inconsistent. Why not Miles and Faraday too? And what about Walt?

5. Loose Ends. While writers in no way need to answer every question, I was surprised that Widmore and Eloise didn’t play more heavily in the sideways portion of the finale. We never got a true understanding of what motivated these characters (good or evil), how they knew so much, and why Eloise wanted to keep them in purgatory (ie. stop Desmond’s reunion). That’s more than just a dropped Easter Egg, in my opinion.

6. Religion. As if anyone was unclear as to the show’s Christian roots, they ended it in a church, going to heaven, after their Christ-figure sacrificed himself for the good of mankind. In my opinion, that laid it on pretty thick. They were just shy of beating us over the head with their message like an after school special.

7. Love stories. I think they excelled here. Kate officially “chose” Jack. Sawyer’s true love was Juliet. Jin & Sun were reunited (they even remembered that now parentless daughter who didn’t warrant a mention in the submarine). Hurley got Libby and oddly Sayid was reunited with Shannon (who we all forgot he loved for two seconds in between his Nadia phases). It’s not easy to make such a dense mystery be more character-driven than plot-driven, but this finale showed us how much the writers succeeded in this effort.

8. Arbitrary Non-Heaven-Bound Losties. Clearly, we saw Ben choose not to go to heaven with the group. This makes sense to me, and I wonder if Faraday, Miles, etc. did the same. But why did the writers choose to have Michael be the only soul condemned as a “whisperer” on the island? Why not Ana Lucia, who got no redemption? Why not Ethan? Or some of the Others we saw in purgatory? I found these character endings arbitrary. If you need redemption to go heaven, shouldn’t they all have been given that chance in purgatory—including Michael? Why was he the only one whisper-screwed?

9. Seemingly pointless plot lines. I’m not just talking about Nikki and Paulo here, but in retrospect what did time travel really have to do with this series? How was the “source” of all good and evil in anyway connected with time travel? It was an exciting plot while it lasted, but I’m unclear as to what it had to do with the end game other than serve as a plot device to separate our characters. Same with the “Temple.” We spent a lot of Season Six at this location, which now seems to have had no real connection to Jacob, the source, the mythology, or anything.

10. Full circle. If there is one thing the writers did fantastically, it was bring us all full circle. Jack died in the same field with a close up on his eye, Kate delivered Aaron in purgatory, Jack got a wound in his side, Locke stood up and walked into the church, Ben got to be a co-caretaker of the island. It was an impressive big red bow, and I commend the creators for tying it.

So as a pop culture junkie, I must say:

Thank you, LOST, for six great seasons! I can’t wait to see you rake ‘em in at awards’ season. 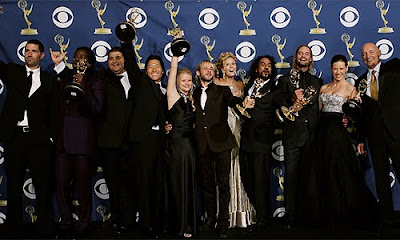 3 comments on “Where Are The Polar Bears? My Take on the LOST Finale”