Will Edward and Bella Round The Bases?

Eclipse releases today! And if you don’t know what I’m talking about you’ve clearly been living in an Amazonian jungle with those strange vampires that show up in Breaking Dawn. But anyway, as the latest chapter of the Bella and Edward saga releases in theaters, it has me wondering about some key plot points and how they might translate into film. 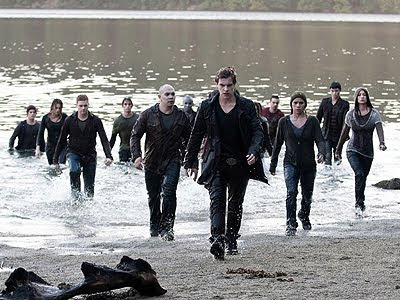 We’ve all seen the commercials, and it appears as though Riley’s newborn vampire army is going to get a little more airtime than in the book—meaning that the movie could take a few deviations from Bella’s first-person perspective. This sort of reminds me of the original Twilight movie where we got to see Edward chasing the deer, James and company attacking the fisherman, etc. Personally, I find this exciting. I found the movie adaption of New Moon to be way too literal for my taste. I’m the type of person who likes to see the essence of a book on screen with a few extras that I know happened but didn’t get the benefit of reading (e.g. James).

Now, basing this entirely on the commercials and having had no advanced screening, I’m going to take the following guesses as to what might happen in this film (which I intend to see by next weekish).

SPOILER ALERT: If you haven’t read the book, read no further. 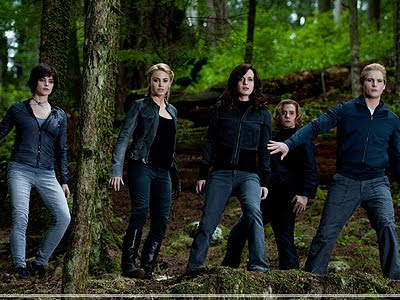 My Best Guesses for the Eclipse Film:

1. It’s going to toss in tidbits from THE SHORT SECOND LIFE OF BREE TANNER. It makes sense. The novella was complete when they were filming this movie, and given the extra Riley moments we’ve seen (them walking out of a lake?), it appears we’re going to get some added newborn vampire perspectives.

2. The Edward and Bella bed scene is going to be different. You know the one I’m talking about, where he gives her the ring and readers pretty much get the only heavy-petting scene in the entire franchise. First, where would a king-sized bed fit into the representation of Edward’s bedroom in Twilight? And second, and more importantly, I think they’re gonna get past first base. Edward’s shirt is gonna come off. We’re gonna get some barely-controlled passion, and I think even a few of Bella’s buttons are gonna open. My theory is this: the kiss in the Twilight movie, while not in the meadow, was more passionate than the one in the actual book. And since we all know who Bella’s going to choose in the end, I think the movie is going to lead viewers in Edward’s direction with the added smoochies.

3. The Jacob/Bella rape-kiss is going to be underplayed. In the book, Bella tries to fight him back and then just shuts down, detaching herself from what’s happening to her body. I don’t see the film going there. I think it’s going to be a brief forced kiss with barely there contact before she pushes him away. The movie only has two hours, not six hundred pages, to redeem Jacob and they’re going to want to keep him likable.

4. I think we’re going to see the Cullens and wolves hunt for Victoria. We might even see Emmet get into that little skirmish with one of the wolves rather than having Bella just find out after the fact. Think about it: movies tend to want to stay where the action is, which is not with Bella in Jacksonville; and no one would hire Bryce Dallas Howard for just one fight scene at the end.

5. I think there are going to be some cool flashbacks/montages. I want to see Rosalie’s story of becoming a vampire and attacking her vicious fiancé, and Jasper’s tales of the Southern Vampire Wars. Personally, I don’t see how the franchise could go forward without these scenes. You need Rosalie’s tale in order for her actions in Breaking Dawn to make sense, and you need Jasper’s tale in order to see him as a military leader. Let’s just hope it’s not them sitting around talking to Bella with no visual flashbacks. Give us something, people.

So enjoy July 4th and let me know if you rush out and see the movie tonight. I’d love to hear your thoughts! 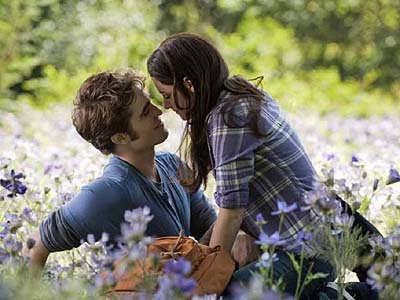