So I was recently asked to write a synopsis for my WIP. My reaction? Oh, God, not that. Anything but that. 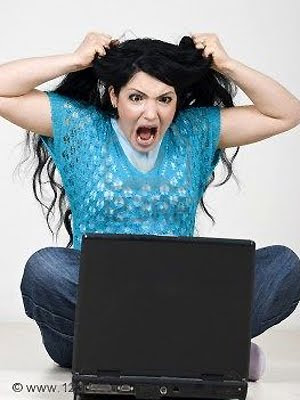 It’s hard enough for writers to condense the plots of their 300-plus page novels into two paragraphs when they’re querying, but at least then, you know your goal—get in, get out, whet their appetites. Leave them wanting more.

This is not the case with the synopsis.

You must now condense the entire plot of your book, including the ending, plus all the important characters and any interesting subplots (love triangles, backstories, feuds) into three-to-five pages. Then, you have to write this wonderful synopsis in the same “voice” as your novel and hope that it was done in such a compelling way that the editor/agent/whomever wants to pick up your 300-page novel and keep reading.

Well, I got through it. So I thought I’d share a few tips I learned about writing a synopsis this time around:

1. Avoid the words, “And then.” For example, “Angie went to the mall. And then she met the guy of her dreams. And then they went to the movies. At the movies, they ran into her ex-boyfriend. And then a fight ensued.” You get the picture.

2. Stick with only the main characters. Don’t waste time mentioning the name of any character who will only be referenced once in your synopsis. It just gets confusing. So if your heroine kisses a random football player at a party, don’t mention that the football player’s name is BOB unless he ends up being central to the rest of the story.

3. Make sure to focus on character development. Fight the instinct to make the synopsis entirely about plot. You need to show how your character will change from the beginning to the end of the novel. Delve into her emotional conflicts. For example, “When Angie’s friends turn their backs on her, she’s sent reeling into depression. Refusing to leave her house for days, her thoughts grow increasingly dark.”

4. A few well-placed questions can help when summing up how the plot moves forward. I know that questions are often avoided in a query, but when writing the synopsis of my current WIP—which is a mystery—I found this device useful. For example, “Angie’s left wondering why her father refuses to discuss his childhood and why there isn’t a single family photo from his youth. Did he really grow up in Ohio? If so, why is he receiving a high school reunion announcement from Hawaii?”

Okay, I hope this helps! And I hope you don’t find yourself having to write a dreaded synopsis anytime soon. But if you do, try to fight the urge to scream at the email requesting it, “Just read the book! Then you’ll know what happens!” Trust me, that won’t get you anywhere.

That gentle sound of taps you hear playing in the background is the end of not only an era, but a genre. Last week, ABC announced it was cancelling ALL MY CHILDREN and ONE LIFE TO LIVE. This means come 2012, only 4 soaps will be left on the air. In 1970, there were nineteen. As a soap fan—a tradition passed down to me by my grandmother (as is the case with many soap fans)—I find this depressing. Not only were a lot of people put out of work—from actors to crew members—but it also shows the network’s lack of respect for fans. For years, I feel that the writers of soaps have switched focus from “love in the afternoon” to gun violence and baby killing. And while a good dramatic plot is fantastic once in awhile (BJ’s heart on GH), I personally don’t think it’s what the average soap fan is looking for at 2pm. But rather than listen to their wants, network execs cancelled the shows to replace them with cheaper reality programming and talk shows. Because we all need another VIEW, right? Let’s hope us remaining soap fans can band together to keep Y&R, GH, Days and B&B going strong long enough for the networks to reconsider killing the genre. Otherwise, what are my future grandkids gonna watch when I come over to babysit?